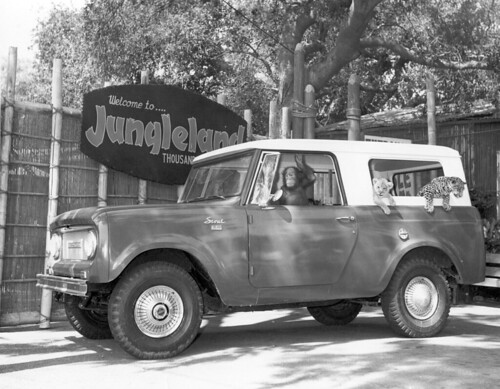 via We Heart It

sjonsvenson
1. Ask me to take pictures of any aspect of my life you're curious about.
2. Leave your requests as comments to this entry.
3. Please look at the previous requests as to not do repeats.
4. I'll snap the pictures and post them.

So does anyone have any tips on how one would go about fixing a stuck lens on a friend's, um, shiny new for Christmas Nikon point-and-shoot? I would very much appreciate anything in the way of advice!

I went to Comic-Con over the weekend and took lots of fangirly pictures. 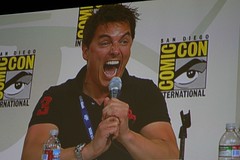 So Harold and Kumar Escape From Guantanamo Bay?

Not sure if I like him enough to, you know, see the movie but MY GOD the poster.

Based on an argument Sky and I are having:


Which is a better date movie?
a) Love Actually
b) Fight Club

Which is a gayer movie?
a) Brokeback Mountain
b) Fight Club

Which movie has more dogs?
a) Must Love Dogs
b) Fight Club

Which movie has less Brad Pitt?
a) Spy Kids 2
b) Fight Club

Which movie has more testosterone?
a) Reservoir Dogs
b) Fight Club

(By the way, if your answers to all of the above were "b", then you win a pony.) 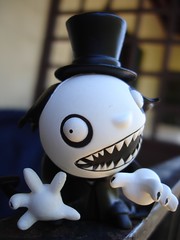 just a little closer
Originally uploaded by Kendra??
Thank you so much, David! You're the awesomest!

Okay, I went camping this week. I scaled mountains and cliffs and swam in icy-cold rivers and sat around campfires playing guitar. I will write more about the camping aspect when I get my pictures together, because I have stories to tell. However, at the moment I feel a more pressing urge to recount this year's International Talk Like A Pirate Day.

Out of the entire camp (70 or so people, not counting camp staff) I was one of two people who had heard of International Talk Like A Pirate Day. This lent itself to a small, perfect moment during breakfast.

I was not having a good morning. I had arrived at the mess hall too late and thus had to sit at a table with people whom I did not know and converse awkwardly with said people. Upon getting out of bed I greeted my cabin-mates with "Avast, ye scurvy bilgerats!", and with every person who gave me a strange look or said "Did you just say 'yarr'?" I slowly realized that my schoolmates are terribly unenlightened. As I stood in line for breakfast, the drama teacher drifted past, quietly singing "We massacre Indians and kill little boys..."

In retrospect, it wasn't that funny. Still, it made me happy. The hike that day KILLED ME. DEAD. So dead, in fact, that I used proper English for the rest of the day. Ah, well.
Collapse